Skip to content
The Kelly Story, written by Mike Kelly 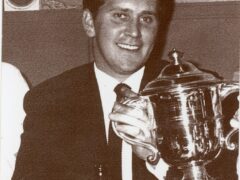 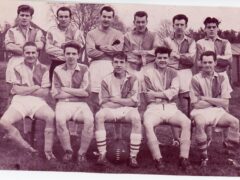 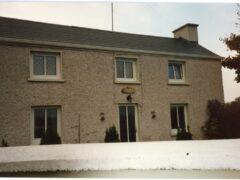 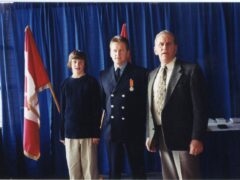 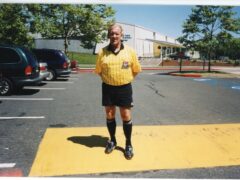 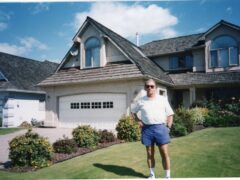 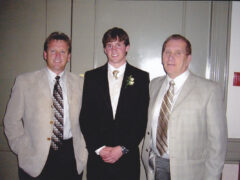 I attended The Carmelite National School and later Carmelite College. I played Gaelic football and, in 1957, was picked to represent Westmeath Minors. I was sixteen years old at the time. Two of my teammates were the great Mick Carley and George Keane, who went on to play football for Leinster. Later the same year, I moved to England, and I never played Gaelic Football again.

I lived in Hyde, Cheshire and Manchester for the next nineteen years, and in 1958, I met my wife, Audrey. We have now been together for 63 years.

I started to play soccer locally and played at a pretty high standard. I remember the manager of Hyde Utd F.C. Les Sutton tried to sign me on his team, Hyde, which was a semi-pro. Team.

During my time in the UK, I worked in Engineering and the Manchester Police for a time. While in the Police, I would attend the Cromford Club on my days off with all the Manchester Utd players, including Matt Busby and even the Chief Constable were.

There I got to know G Best, D Law, B Charlton and many more Utd players. The owner of The Cromford Club was Paddy McGrath from Longford, a significant Manchester United contributor. During my time in the Police, I played soccer for the “A” Division and the representative side. I did not know the rules of soccer at the time but still had the athletic ability from my Gaelic football days.

When I finished playing soccer, I took up refereeing. I was eventually promoted to Class 1. The highest game I reffed was in The Northern Premier League.

In 1976 our lives were changed for the better when I was granted landed immigrant status to Canada. On August 3rd, we landed in Vancouver and settled in Kelowna.

We have two children, Andrea and John Fitzgerald Kelly (JFK). Andrea is a principal Loans Manager in Ontario for Sales Force.com, and our son John is a Platoon Captain with the KFD.

In 1978 the first BC, the Summer Games, were held in Penticton. The opening game was Vancouver White Caps versus San Jose, and I was privileged to be asked to be an official. I went on to referee the White Caps several times, also invited and did referee in Hawaii, Toronto, Boise, Portland, Ocean Shore and all over BC.

In 1992 the Olympic Torch was coming through Kelowna on its way to Los Angeles. I was on Traffic Duty at Highway 97 and Spall, the busiest intersection. As the torchbearer neared, I thought what a great honour to carry the torch when I stopped all cross traffic. I approached the torchbearer and asked if I could take the torch through the intersection. Luckily, he handed it to me, so I can technically say I got to carry the Olympic Torch!

In 1977 I joined the City of Kelowna By-Law Office and worked out of the RCMP for 14 years. I retired in 2000 and continue to live happily in Kelowna.