Skip to content
The Flynn Story, written by John O'Flynn 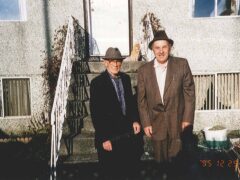 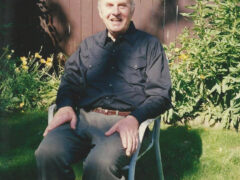 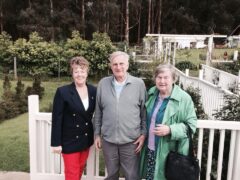 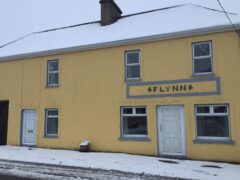 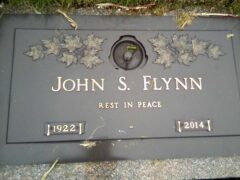 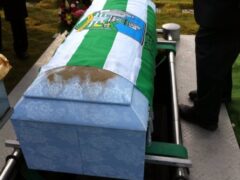 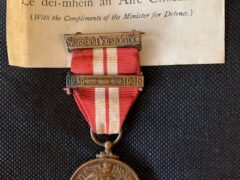 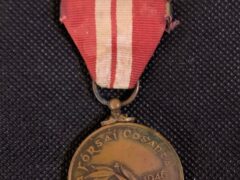 Born in Farran, Feohanagh, Limerick his family moved to his grandfather’s farm in 1934 to Pallas, Kilmeedy. Uncle John spoke often about 1934, that he also heard the “banshee” cry as a 12-year-old, when his grandmother died.

John went to school usually barefoot, and in John’s words, “We were all good at going to Church.” He travelled by donkey to the creamery when the family had milk. He liked to drink the cream, and he once went through a window to steal some cream. But as John recollected “he saved his family by not eating all the bread and butter at home.”

John left Kilmeedy in 1938 when he was 16. He spent four years and four days in the Irish Free State Army for $2/week. John left Ireland in 1942 and over three years worked for Austin Motors, United Dairies and on farms in England.

He returned to Ireland in 1946 and had a lorry truck and hauled turf. He sold peat by the load, but it wasn’t a success. So, he applied to immigrate to Canada, leaving on May 4, 1948. He came by plane and worked a couple of farms in Ontario for $80/month and for Canadian Packers. He heard there was good money as a tree faller in BC, and so he went West.

Vancouver, Prince George, Minstrel and Harbledown Island, to name a few places where John worked. He worked like two men with massively strong hands which he used gently when shaking a hand.

John established a ‘British Columbia’ path for his brother Thomas (1953) and sisters Norah (1956) and Teresa (1965). O’Flynn, Moore, Keogh, Fitzgibbon, O’Sullivan marriages ensued but, not for John. According to John: A beautiful lady in Alberta; she was heartbroken when he left. He met another nice girl when he stayed with hockey players at the York Hotel in Vancouver. She wanted to marry, but he stayed a bachelor.

His nephews and nieces would have seen John at his finest with enormous fish being picked up from his house, or delivered to our homes, or a ride out on one of his fishing boats – the Flying Flynn, the Nora Flynn. John was known as ‘Paddy’ up the Coast, Vancouver Island, Haida Gwaii– no one seemed to recollect John Flynn, but mention his boat, ‘Paddy Flynn’ and they knew him!

Uncle John did pass on his service medal from the Irish Free State Army (1942), his father’s death cross (1948) but what he passed on to family here, was an opportunity to carry the ‘Cross’ that Saint Patrick first shared with the Irish, to this Province of Canada. Uplifting stories of faith, hope, and love in ‘Beautiful British Columbia’, thanks to our family pioneer, John Stephen Flynn.